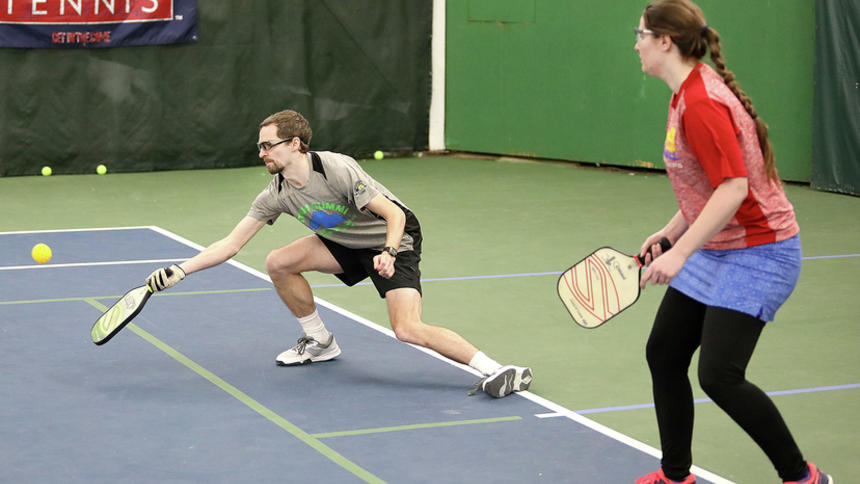 The cost for a two hour pickleball session is $2/person for members and $6/person for non-members. Unless noted otherwise, all scheduled pickleball time is round robin format. Simply show up to play. Pickle ball courts are also available for rental whenever they are not in use. Paddles and balls are available at the front desk for no charge.

Why should you play Pickleball? Read this article to find out. 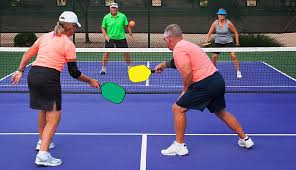 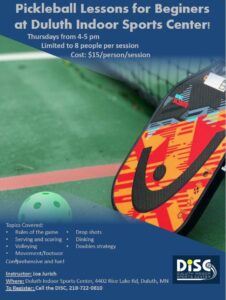 The Crazy 8s league is limited to the first 8 people to sign up each week. Consists of multiple games each night to 11 pts. Players are randomly assigned to doubles teams for the first game. For the second game, the winners of the first game play each other and the losing teams are split up. Thereafter, for each game the winning doubles teams will play each other on the “King’s Court” and the losing doubles teams will be re-shuffled. A point is scored for each player of the doubles teams that wins a match on the “King’s Court”. The player with the most points at the end of the night wins a prize. At the end of the league season, the player(s) with the highest win % (minimum of 4 nights play) wins the league and a prize.

Click the button below to reserve a spot for Wednesday night Crazy 8s: